What is there to march about? 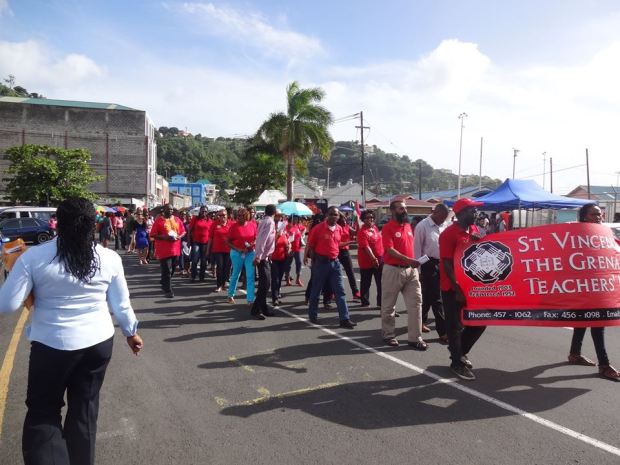 On Friday November 14, 2014 the St. Vincent and the Grenadines Teachers’ Union staged its annual solidarity march and rally. From all reports, the gathering of teachers appeared to be bigger than it was in a few years. In fact, several of the teachers who showed up were doing so for the very first time.

Some persons have openly expressed surprise at the growing number of teachers who chose to actively participate in the events this year. Then, there was the big question: Why are teachers still marching? Some have asserted that the teachers of this country never had it so good. That may be so. But, does it also mean that conditions can not or must not be improved? 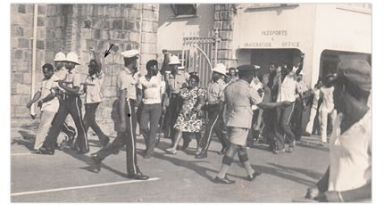 Teachers being arrested in 1975

Traditionally, teachers have worked under generally difficult conditions. Low salaries; meagre benefits; and deplorable working environments have generally marked the lot of teachers in this country. To be sure, there have been improvements over the years. However, the gains made did not come without struggle. Indeed, the protracted teachers’ strike of 1975 that led to the brutal reprisals from the authorities in the form of the arrests, trials, and dismissals of a number of teachers is still commemorated as a significant point in this never ending struggle.

After nearly forty years, there are still issues to be resolved. Even if we agree that “teachers never had it so good”, we must also accept that there is nothing for which we must continue to struggle?

Posted in: For My Colleagues | Tagged: march, solidarity, SVGTU