SVGTU Elections: Before you vote for Jane… 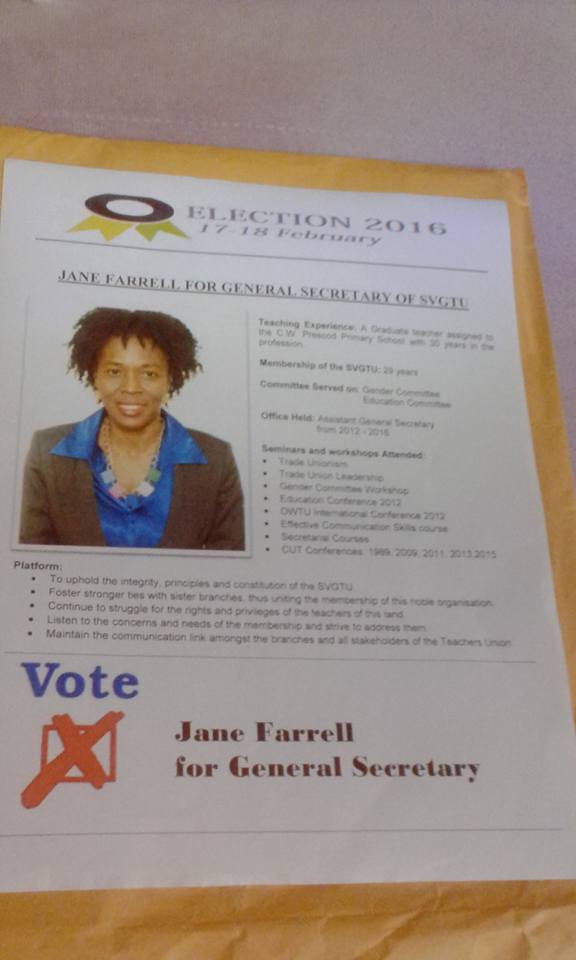 The office of general secretary (GS) is arguably the most critical on any union’s executive, especially that of the St. Vincent and the Grenadines Teachers Union (SVGTU). This office is the centre of the union’s operations. Indeed, the functioning of the executive is only as effective as the general secretary is effective.

A non-performing GS is tantamount to a non-performing executive. Therefore, as members of the SVGTU go out to on February 17 and 18, 2016, I urge you to think carefully about whom you might chose to fill this position.

Jane Farrell, who “served” as assistant general secretary on the outgoing executive, is now  running for GS. Whatever you do, DO NOT vote for Jane. Even if you are thinking about it, here are some points you may wish to consider.

Colleagues, think about it!

Posted in: For My Colleagues | Tagged: education, Elections, SVGTU, teachers